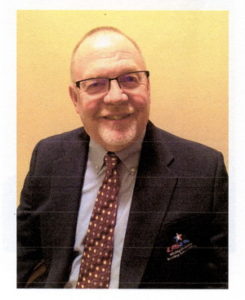 David’s bowling life is about service to the sport.

He became a zone director of the Michigan State BA in 2003. He was honored as “Member of the Year” in 2008, “Director of the Year” in 2010 and Tournament dedication in 2016. He became a Vice President in 2011 and subsequently elected President for the 2013-14 season. He continues as the Public Relations Chairman for the Michigan State USBC BA, currently, a position he’s held since 2010. Additionally he’s attended state jamborees for over 35 years.

He has written a weekly bowling column for the Mount Pleasant Sun since 2003. He received the Journalism Recognition Award from the Michigan State Bowling Council in 2010.

He is a USBC level 1 coach, coaches youth bowlers and organizes their leagues locally.

As a bowler he’s bowled for over 50 years, participating in the state tournament for over 35 years, and the USBC/ABC Open Championship consecutively since 1981