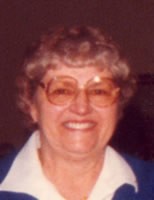 To be considered for induction into the Hall of Fame for Meritorious Service, you have to be quite active in the Association’s programs.

Dorothea started out as a director on the MWBA board and served in that capacity for three years and spent the next 24 years as the Sergeant-at-Arms.

In her service to the Association, she was Chairman of the Legislative Committee nine years and a member two years. After serving 21 years on the Honorarium Committee, she was appointed Chairman for two years. Of the many committees she served as a member include Tournament Rules, Ad Manual, Star of Tomorrow, Scholarship, Tournament Opening, Tournament Housing, and membership promotion. She was also a member of the YABA Board.

As a member of the Greater Grand Rapids Association, Dorothea served as a Director for 21 years and as Secretary for 20 years.

She was also a Director of the Michigan Seniors Tournament for six years. It’s no wonder she’s been selected as this year’s inductee into the Michigan WBA Hall of Fame for Meritorious Service.