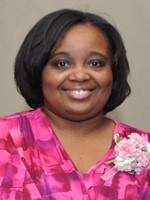 When it comes to looking for candidates for the Hall of Fame for Superior Performance, Michigan has many outstanding bowlers. And this year’s honoree is no exception.

But… Even “superstars” may start out slow. Novella has been bowling since she was 5, but her mother made her quit the first year, because they didn’t have bumpers back then, and she threw too many gutter balls! Fortunately she was persistent and returned the next season… The start of a lifelong love with the sport.

Some of her mentors over the years: In high school it was Dee Hoag and Ed Wright and of course her mother, Nannetta Thomas and her Uncle John White were very influentioal in her bowling. She has also had a few lessons along the way from Aleta Sill.

Even on a local level the accolades continue: in 2008 and 2011 her team placed first in the city tournament. She has also won the Metro Detroit Bowling Association Queens tournament as well.

She has been a member of the TNBA for over 30 years, and in their tournaments, her team placed first actual in 2009 and again in 2011. There are several other local, state and national titles that have been hers over the years, too numerous to mention them all!

Outside of the lanes, she also assists with two local tournaments: the Thunderbowl Ladies Scratch and the John P Gavie tournament, part of giving back to bowling, a true promoter for the sport. The best part is she continues to excel and we can look forward to more great bowling in the coming years.

Congratulations, Novella for your induction in the Michigan State USBC WBA Hall of Fame, a well deserved honor.