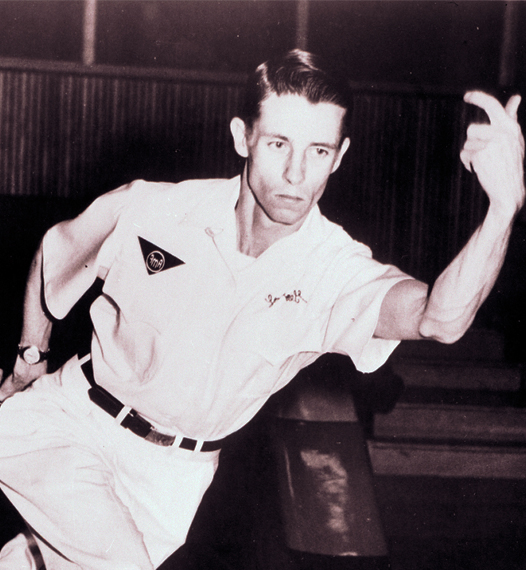 George was an outstanding performer in Kalamazoo and his accomplishments were rewarded by being signed by the Stroh’s Beer Team of Detroit in 1956. Except for one season when he bowled for the Detroit Thunderbirds in the professional leagues, George was one of the top bowlers in the Detroit association for a number of years.

He joined the PBS (Professional Bowling association) in 1958 and has five PBA titles to his credit. He has an amazing ABC record with eight top ten finishes. His 30 years average (as of 1998) for the ABC tournaments is 195.

George is a welcome addition to the Michigan State BA Hall of Fame.