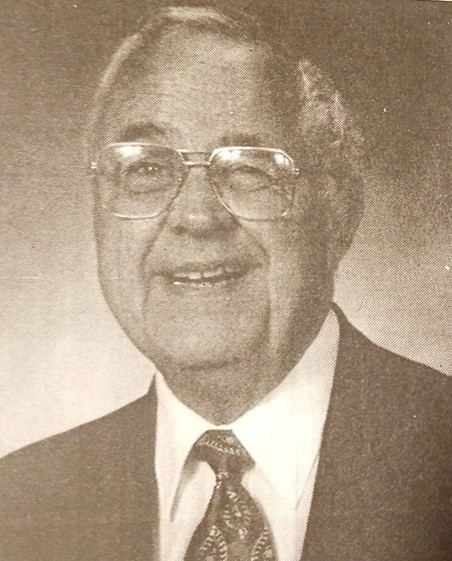 Rex began bowling in league play in 1949 while still in high school and has been bowling.-ever since. In his senior year, he was secretary of all of the men’s and women’s leagues in Boyne City.

In 1956, he was elected Secretary of Boyne City Bowling Association and held that position for 35 years. He organized teams for the State Tournament and has bowled in the tournament each year since 1961.

In 1974, Rex was elected Zone 12 Director of the Michigan State Bowling Association and in the 1984-85 season he was elected President of the asso­ciation. He has long been one of the outstanding directors of the association and has been extremely valuable as the mainstay of the Budget and Finance Committee. In 1 989, he received the Meritorious Service Award in recognition of his longtime service to the state association.

In appreciatjon of his many contributions to the success of the Association, we are proud to induct him into the Michigan State Bowling Hall of Fame.