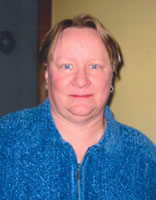 While very young, she bowled with the Detroit’s best bowlers in the Ladies Major League and the All Star Bowlerettes.

Susan was captain of the C. F. Plastics team when they won the Actual event in 1984 with a score of 2969, in the State Tournament.

Susan made the Detroit WBA Queen’s Court in the 85/86 season and was a member of the No.1 All City Team once and 2nd Team three times.

Bowling for Team USA in 1987, she placed 1st in the Regional Finals with 3554 for 18 games, 5th in State Finals with 2260 for 12 games and 7th in the National Finals 9319 for 48 games. She was a Champion in the Mid-City Women’s Singles three times and a winner in the Detroit Free Press Charity Tournament.