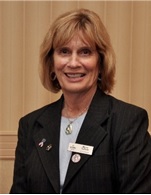 Merry’s journey with bowling and her service to our sport began over 40 years ago, when she was invited to attend the Holland Women’s Bowling Association’s annual meeting. A year later she was appointed to that board and has been a member and worker ever since.

She served as a director for about 8 years before being elected as their Association Secretary in 1997. She held this position for 12 years until her association merged under USBC. While serving Holland, Merry served on many committees including Publicity, Rules, Budget, Tulip City Mixed Doubles Tournament, Banquet, Lane Inspection and Yearbook – a job she is still doing and she continues to serve on her local association board as one of their vice presidents.

During her tenure on the state board, Merry has been a member of and/or chaired the following committees: Champion Awards Banquet (13 yrs), Tournament Opening (15 years), Queens (16 years), Publicity (13 years), Workshops (6 years), Board Minutes (4 years) and Tournament Rules, Awards & Services, Delegates Reception, Finance, Legislative, Uniforms and Tournament Housing (2 yrs each).

For close to 20 years, Merry wrote articles on bowling for the Holland Sentinel and she now writes the Holland ‘mailchimp’ association newsletter and is the publisher (she does it all) of our own electronic newsletter – the Ten Pin Topics.

And while many of us can relate to juggling our work and family schedules with our bowling, Merry did so while raising two children, one with special needs, and working a full time job which she just recently retired from after over 30 years.

Merry is also a bowler – having bowled in 34 state tournaments, approximately 20 national tournaments and a yearly participant in all of her local association events where she has been a champion in doubles and team on more than one occasion.

For those of us that know her, Merry truly lives up to her name of “Merry” – forever positive and smiling! A friend and supporter to all! And that ‘merry’ stands for Christmas as well – she celebrates the entire year!

Merry, Congratulations – the Michigan State Women’s Hall of Fame is proud to welcome you as one of its newest member.