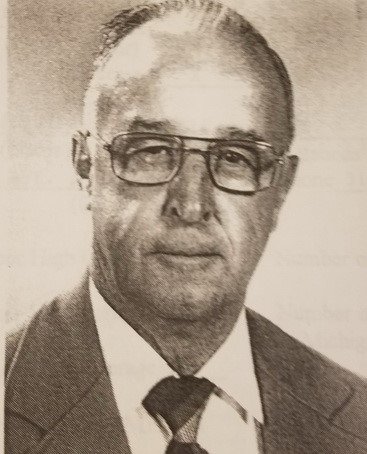 He was one of the greatest supporters the game of bowling has ever known.

On a national level, he has been a delegate to the ABC convention for over 30 years, and this past spring (1998) he bowled in his 36th consecutive tournament in Wichita, KS.

He has rightfully received some recognition for his unselfish contributions to the game of bowling. The Ann Arbor Association honored him by electing him to their Hall of Fame. The State honored him in 1978 with the tournament dedication and as their “Man of the year” recipient in 1985. Now we are pleased to show our appreciation of his contributions by inducting him into the Michigan State Bowling Association Hall of Fame.