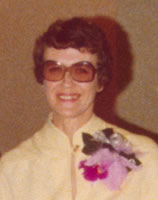 At the young age of 27, Patty had that first taste of being a winner. Bowling with the Steelcase Majors team who claimed the Michigan WBA team championship in 1959, she also became the WIBC All Events champion the same year with a 1927.

In 1966, Patty was bowling with the Orphane Team when they won the WIBC team event. She has 16 local association titles to her name in team, doubles, singles and all events and boasts a high series 789 and high game of 297 while bowling in exhibition.

Our inductee is a former member of the Professional Women’s Bowling Association and was one of the founders of the Great Lakes Invitational Tournament Club.