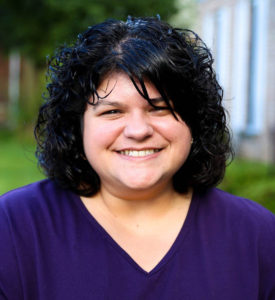 When picking the person who will receive this honor, the committee goes over all of the credentials submitted, and the list for Michelle is very LONG.

Michelle’s influences were first and foremost her parents, especially her dad who was the “driver” to league and weekend tournaments for many years. Next were her brothers and her coach Dan Ottman.

Just to name some of her accomplishments as a youth bowler: She holds 21 Michigan Junior Masters Association titles, she was the first female youth in the Detroit YABA association to bowl a 300 game, she holds a national record for the most 298’s and 299’s for a female youth bowler, she was a finalist in the Coca Cola Youth and finished 4th at the Nationals.

Other honors include: The Michigan State Women’s Bowling Association Star of Tomorrow in 1993, the 1996 WIBC Alberta E Crowe Star of Tomorrow award, inducted into the Detroit Hall of Fame in October 2012, and in 2000, broke the WIBC- 5 person team series score , with a 3557 bowling with the “Turbo 2-N1 Grips/ Remerica Realtors’ team.

Michelle has also served as head coach for the Bishop Gallagher High School Co-ed bowling team, she has been an Ambassador in Australia and Scotland; holding coaching clinics with local youth and adults, and has served as a league secretary.

Michelle, with all of your accomplishments; your induction into the Michigan State WBA Hall of fame is well deserved.