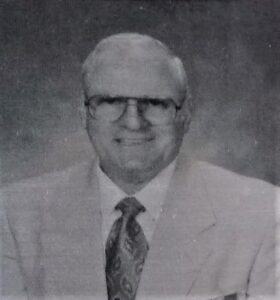 Locally he was Vestaburg- Edmore Association Secretary for 28 years, league secretary for 35 years and was inducted into the Vestaburg-Edmore Hall of Fame in 1986.

He bowled in the ABC National Tournament for 27 years.

He won eight local association tournament titles; seven were in the team event  and one in doubles. He also won the 2009 Class AA singles title in the Michigan State Senior tournament, of which he served on that board for eight years.