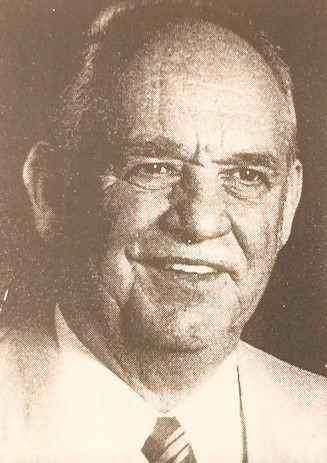 Carroll was truly a man dedicated to bowling. He started bowling in the late 1930’s when he was 17 years old, and became more and more involved as time went on.

He was secretary of the same league from 1946-1975. In 1958 he was elected as a director of the Grand Rapids Men’s Bowling association, and in 1963 he took over as secretary-treasurer of that association. He held that position until he retired in 1988, During that time the association tournament grew to an entry of over 1100 teams., outstanding for the size of their membership. At that time, the office was in his home, and bowlers were welcomed day and night, seven days a week.

He was also an excellent promotor of the state and ABC tournament and organized large squads for both events.  In 1996 he had completed 37 years of bowling in the national tournament.

In 1968 he was elected as a director of ABC (American Bowling Congress) and served in the capacity for 22 years. He took care of his territory and many times went out of state to conduct lane dressing seminars and to help settle problems for associations. At times for the ABC tournament he brought as many as 100 teams from his areas.

For his many years of dedicated service to the bowlers of our state he is recognized by being enshrined in the Michigan State Bowling Hall of Fame.