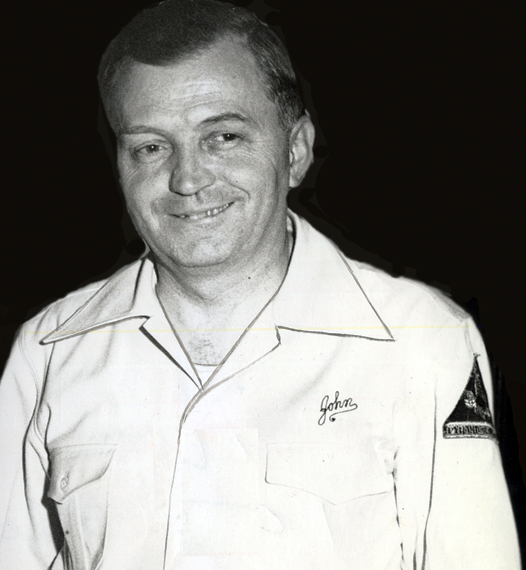 John was born in Toledo, Ohio in 1895. He was considered one of the all-time greats in bowling.

He was a controversial person from whose fiery temperament stemmed his nickname, “The General”. One story was that he toured as the “masked marvel” but there were few in the Detroit area that didn’t recognize him in his heyday. He once held the national match game title and was the first bowlers elected to the Polish-American Sports Hall of Fame.

John joined the Stroh’s team in 1934 and this team won every major team title of that time. He also competed in the international tournaments in New York in 1934 and Germany in 1936.

In 1937 at the Elk’s national tournament he shared all four titles: team, doubles, singles. and all events.

John was certainly one of the finest bowlers in the history of the game. He was voted “Bowler of the Year” by the Bowling Writers Association of America in 1942. He was elected to the Detroit Hall of Fame in 1959 and the ABC Hall of Fame in 1962.

A welcome addition to the Michigan State Bowling Association Hall of Fame.