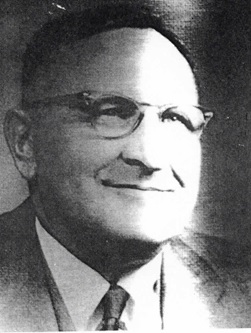 The American Bowling Congress and the Michigan State Bowling Associa­tion are great organizations today thanks to the devoted efforts of men like Augie Jankowsky.

Augie was secretary of the Detroit B. A. from 1922 thru 1932 and secretary of the MSBA from 1931 thru 1942. He was elected to the Executive Committee of the ABC in 1925 and became President of the ABC in 1935. Augie held many offices in the ABC and State bowling associations. In 1933, Jankowsky and T. J. Halligan moved legislation to have bowlers who became obnoxious prohibited from continuing in the competition. He was responsible for legisla­tion in 1933 to increase Booster prize money for the tournament.

In 1945, Jankowsky was elected a Life Member of the ABC. One of his greatest per­sonal triumphs occurred during the Depression in the City of Detroit at the 1932 ABC Tournament. It was predicted in this most frightful year of the De­pression that the host city would be unable to attract more than 500 teams to Detroit’s first ABC tournament in 22 years. Several months before the opening of the tournament, Augie took a three month leave of absence from his job and, working day and night, obtained 1184 teams from Detroit.

Jankowsky’s dedication spanned 50 years. His efforts were indeed recognized and he was elected to the Detroit Bowling Hall of Fame in 1968.