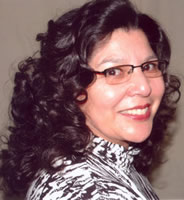 The year was 1976 and Dora’s son asked if they could go bowling, she knew very little about the sport but since he was interested vowed to learn more. Shortly after that she was coaching the PEE WEES and was hooked on the sport. Here it is 34 years later and Dora is our 34th Hall of Fame inductee for Superior Performance.

In 2002 and 2004 she placed first in the MI State Senior Queens Tournament. She also participated in the MI Women’s Senior Tournament placing first in Division 5 All Events and second in Doubles.

On the National level she has participated in three US Open Tournaments and six US/WIBC Senior Queens Tournaments.

Dora currently bowls in Lansing, Charlotte and Jackson and works at Royal Scott Lanes after bowling on Wednesday.